The problem of plastic waste is a climate problem affecting the planet worldwide and on an extremely large scale. According to the “Naturschutzbund Deutschland”, more than 10 million tons of waste are ending in the oceans on a yearly basis. About 75 percent of the 10 million tons of waste is out of plastic. Yoga mats are one example of plastic products that can not get recycled, thus, it is highly likely that they are part of the prior stated number of waste and therefore need to be redesigned. Innovatively designed products are the solution to the rising amount of plastic waste. hejhej-mats is one solution that creates closed-loop yoga mats. These products will be solely produced out of plastic waste and no virgin materials will be processed. Additionally, the mats will be designed in a way that once the product eventually reaches the end of its lifespan, it will be recyclable. We will make sure that no waste will be produced and all materials can stream into new productions for hejhej-mats. Hence, waste will be used as a resource and all materials can flow in continuous product cycles. hejhej-mats, therefore, offers a sustainable solution in line with the circular economy. hejhej-mats is aiming to limit the amount of plastic waste by solely using this type of waste as its materials. That means, for each produced mat, the sustainable enterprise plans to limit the amount of plastic waste on the planet by 1 kg. That means that only with our first batch of 500 yoga mats, our planet will get rid of 500 kg of plastic waste which will be upcycled into high-quality yoga mats. hejhej-mats starts with giving this 500 kg of plastic waste a second life, the amount of saved kg will then further rise with each sold mat. hejhej-mats is the first company in the yoga industry with a 100% sustainable yoga mat and that even enters the market with an implemented return system. Anna and me got the idea during our Master’s Programme in Leadership for Sustainability in Sweden in November 2016. After graduating in June 2017, we got the Leapfrogs scholarship by Lund university. In November 2017 we successfully accomplished our crowdfunding campaign and reached more than 22.000€ in month. In the following months we worked on the development of the prototypes. The first production is planned for April and the product launch will then take place in May.

We would like to test our final product on the market. It would be great to get some more feedback about our yoga mat. We plan to bring about 20 yoga mats that people can test. Additionally, we would like to look for potential customers and already start to sell our products. Since a lot of people already have a yoga mat and we do not want them to throw the mats away, we will take back old mats and offer the customers a small discount code for the new hejhej-mat. We will be cooperating with NGO where we will donate the mats. Adding to that we would love to give a small workshop/talk about sustainability and the circular economy in general and in combination with yoga.

Varberg – SWEDEN | The Hallifornia Culture Festival is a 3-day summer festival arranged in July in the town of Varberg on the west coast of Sweden. The festival arena is centered around old picturesque fortress next the sea. The festival is an open event without entrance fee, and attracts 40.000 visitors durning its three days. 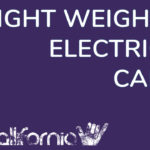